Flutter was introduced last year at the Google I/O Developer Conference 2017 while React Native was introduced in the year 2015 at F8 Conference. So, comparatively the developers have just started using Flutter framework but React Native is proudly associated with giants like Facebook, Instagram, Skype and Bloomberg etc. 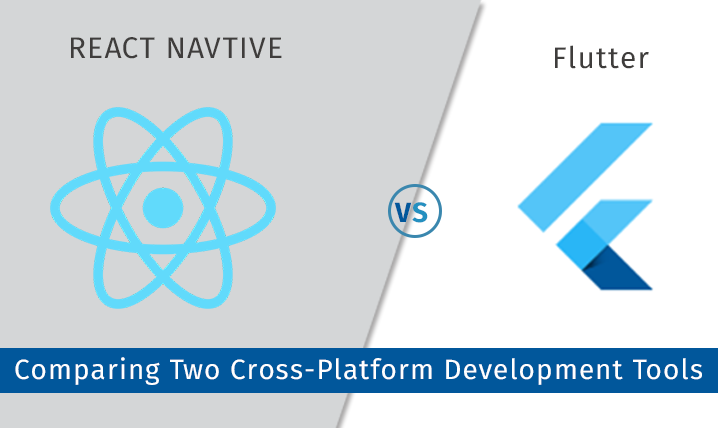 With the introduction of Flutter, Google aims to resolve the issue of cross platform mobile app development, which otherwise has always been a great challenge for app developers. This blog is a comparison drawn between the two frameworks that help in creating cross platform apps with native experiences and amazing UIs.

React Native is an open source framework released on GitHub that paved the way for uniting both iOS and Android platform’s native APIs. However, Google’s Flutter has been a revolutionary move, which allows you to create highly responsive Android and iOS native apps at the same time.

With increase in demand for mobile apps across various industry verticals, business owners are seeking for a native app on all platforms but at less cost and time. That’s why Flutter and React Native have entered into an open war of traction and mass adoption due to the rise in the cross platform mobile application development market. Let’s compare these two cross-platform frameworks to determine which one is best for your next app project.

Well, it is very difficult to pick the winner because both React Native and Flutter have their own pros and cons. Flutter is still new in the market of cross platform mobile application development and React Native made its appearance way before to gain a good audience background. Flutter will also gain the audience in the years to come!