This ever-growing demand for software applications is giving birth to a need to build them faster. This indeed has given birth to the emergence of universal applications in the past decade. As technology is getting advanced, so do the boundaries of expectations and accomplishments are on the rise to overcome the shortcomings reminiscent of their predecessors.

The Exigency of Universal Applications

Think of a scenario where an app can be built for both Apple Play and Google Play stores. This was not possible until now but with universal applications, this can be made to work without compatibility issues across various platforms. This method not only saves time and money but it avoids the frustrations that an individual has to withstand while creating a different app for different platforms.

A Brief Introduction to Universal Applications

The primary goal of any software application is to extend its reach to maximum users. Primarily cross-platform applications are created to achieve this goal. This is because the more platforms that you can publish your application on, the more users you’ll capture.

Want to reach the highest number of users possible in a short period of time? Consider creating a universal application that allows you to ‘build once, run anywhere.’

Universal app platforms have a lot to offer, and there’s an abundance of tools to choose from while building them. Here are some points to ponder while making a choice of a tool that you’d like to use:

React Native is the tool that checks most boxes, if not all, of the boxes above, shall be your best bet, and we’ve curated the most commonly used tool React Native below.

React Native was originally developed by Facebook in 2014 and was developed to help Facebook developers build single-page apps for themselves. This would in turn allow them to use the same framework to build native mobile apps for Android & iOS. Back then, it created a hustle in the app development world, and according to a survey by Statista, this made React Native the preferred choice to build universal apps in 2020. 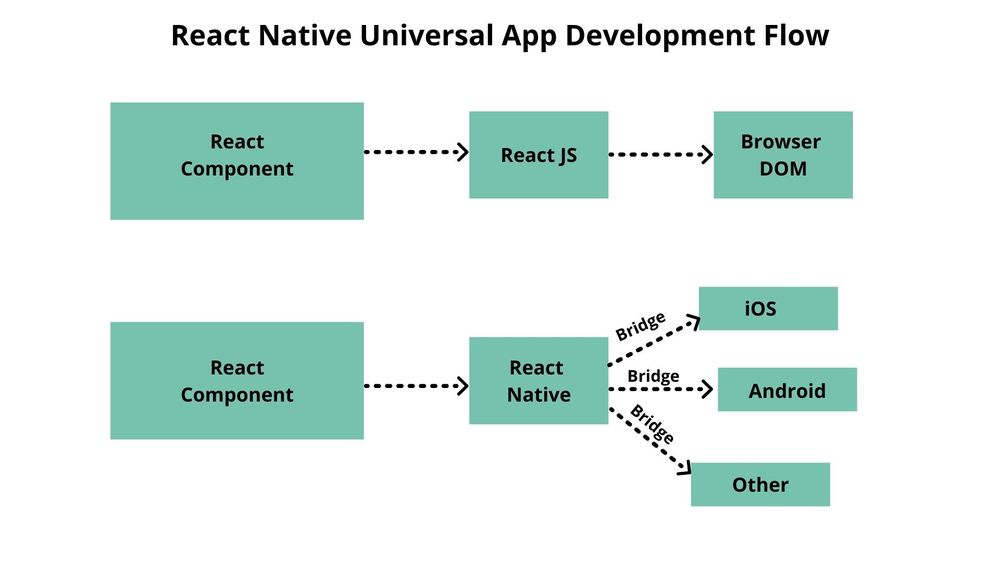 In simple words, React Native is a technology that uses open-source JavaScript to bind the task of two very different operating systems (for example Android and iOS) together.

Why Universal Apps is the Future of App Development?

We believe that universal apps are going to be the next big thing in the app world and let’s see what makes them futuristic:

There are many reasons that make React Native a better choice for building universal apps. If you are looking for react native development company and ready to discuss the needs of your business, we are there to help you out. Source Soft Solutions are offering the best react native app development services to help you accelerate your business growth in a cost-effective way.