How Much Does It Cost To Develop FaceApp Like Mobile App

With more than 80 million active users, FaceApp is a free app that can be downloaded to your device from the AppStore or Google Play.

FaceApp has exploded in popularity in every country. Why? Because this AI-based photo editing software provides some amazing filters that its competitors like Instagram and Snapchat don’t have. 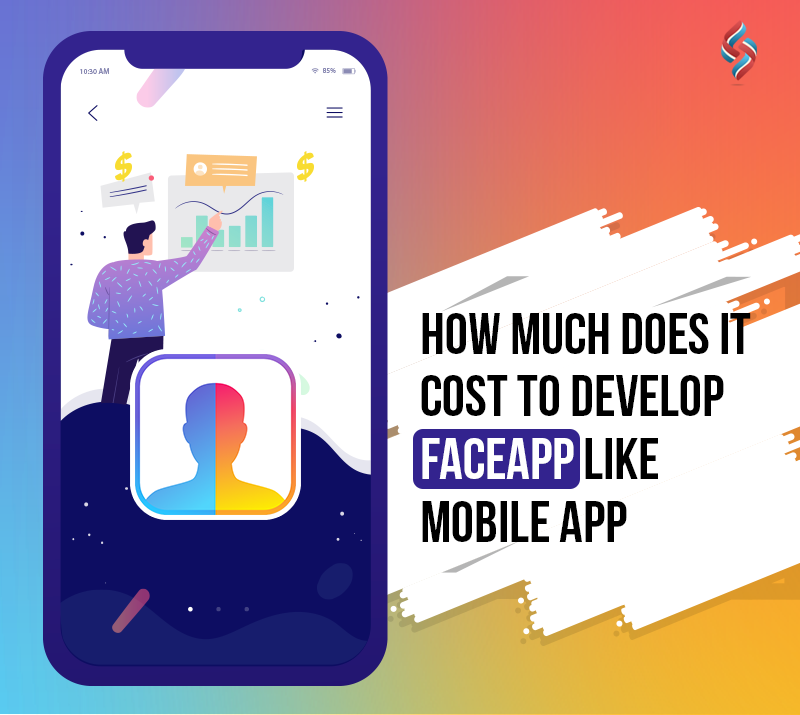 Though the app has become quite famous for turning your images into an older version of you, it has many other features which are equally interesting. You can do gender swap, put on eyeglasses, grow a beard, change your hairstyle and eye color among others. 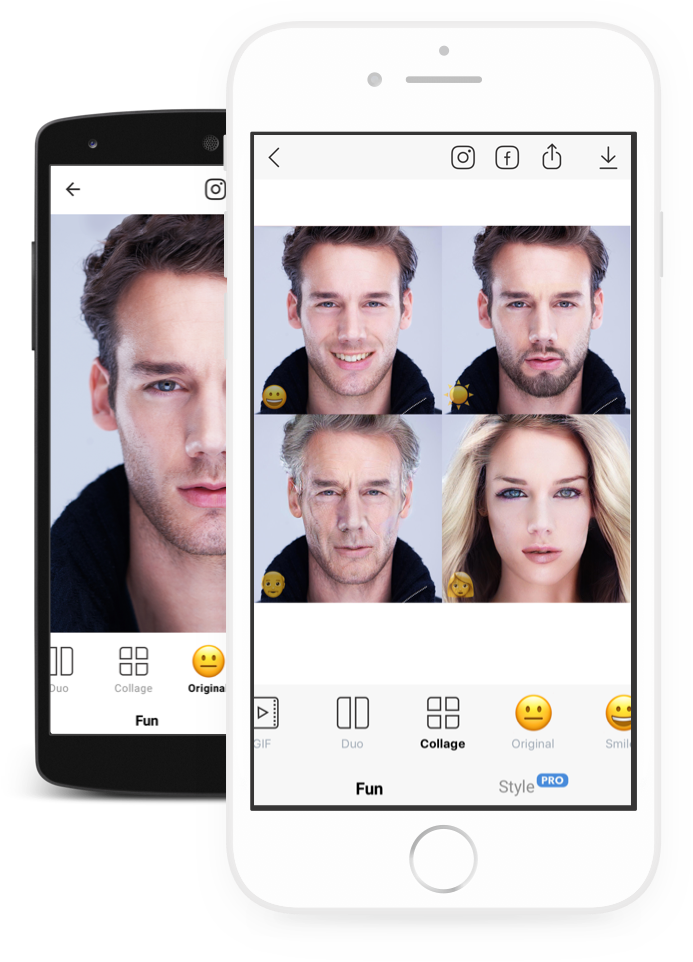 Since its launch in 2017, Faceapp has passed millions of downloads with 4+ rating. How is that even possible? That’s the power of integrating AI into an app that makes it possible to read an image and convert it to ‘young’ or ‘old’ version of you.

The popularity of FaceApp has spurred among entrepreneurs as well as they are looking to build a clone app and get the same level of success as this photo editing software. If you are interested in knowing how much does it cost to build FaceApp like mobile application, then this article is for you! Being a leading mobile application development company, Source Soft would be happy to help you out with some broader insights on the FaceApp development cost, its features, and some amazing facts.

Facts About FaceApp You Didn’t Know

Top Filters That Made FaceApp the “Viral” App

Age Filter: This Filter has become a golden ticket for the app maker to reach millions of users. Using this filter, you can age yourself and see how you look after 40-50 years or check out your younger version. The filter was made even more popular by celebrities and the hashtags like #FaceAppChallenge and #AgeChallenge.

Gender Swap: This is the second filter that contributed toward the growing popularity of FaceApp. Anyone can swap their face with male or female photo changer filter, thus allowing you to discover how you will look as a man or woman.

Hairstyle Filter: Why try different hairstyles in real and feel awkward later on when you can try them out using this filter on FaceApp.

Smile Filter: You can check out how you look with a wider smile using this filter.

These are primary filters available in the basic version, you get to try more if you buy the Pro version.

How to Use FaceApp

Step 3: Click a Selfie or choose a picture from your Gallery

Step 4: Choose a filter such as Old Age or Young

Step 5: You get to see your own older-self

Step 6: Save it or share it on social media

FaceApp offers a host of features with amazing UX/UI design. Here we will discuss the top features of FaceApp that you need to add in your clone app if you are planning to build one app like this.

It is an important feature of any mobile application. As the app uses user’s data for photo editing, you need to have this feature in your app.

FaceApp lets you add pictures from your phone’s Gallery or social media to apply filters on them. However, the app does not gain access to all the pictures in your Gallery and asks the user to pick one picture for editing.

This is the main feature of FaceApp. AI filters like Old, Young, Male or Female can change how you look and provide some realistic transformations that are hard to believe.

There are some image editing tools like hairstyles, eyeglasses, make-up, beards and more. These tools can change your look drastically with just one tap.

Though the app is free to download and use, you can get a paid version by paying monthly, yearly or lifetime subscription fee.

FaceApp has been developed using cutting-edge software and powered by Artificial Intelligence. It has a robust tech stack which helps to build the algorithm required in photo editing.

Python is a high-level programming language used for server-side scripting. It is valued for its flexibility, dynamics, and availability. It has its own HTTP server and uses the Common Gateway Interface to deliver dynamic content. Python makes use of MySQL to store information.

Objective-C has been chosen by Apple to build iOS apps that are robust and scalable. It supports all iOS frameworks but is slowly being replaced by Apple’s Swift. The latest programming language Swift has made prevalence in writing code for Apple’s latest APIs, Cocoa and Cocoa Touch.

OpenCV is a 3D graphics rendering tool while OpenCV is used for real-time image processing. In short, GL creates images and CV processes them.

How Much Does it Cost To Develop an App Like FaceApp

To develop a mobile app like FaceApp, you would require the following developers in your team:

Hourly Development Rates Based on Location 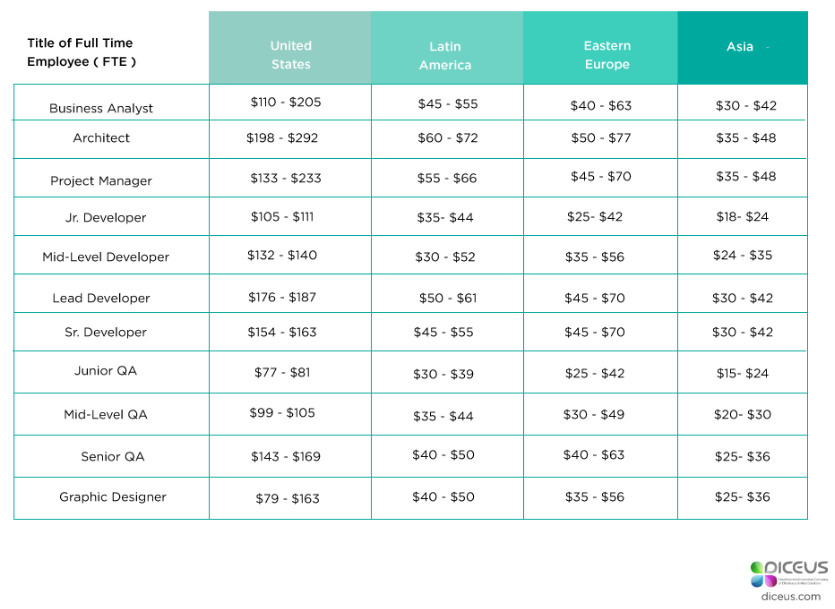 A good way to investigate the cost of developing a mobile app is to start by looking at the development time required for each feature that you want in your app and the hourly rates your development company is charging you.

Face App has a smart design and unique functionalities, powered by AI. Depending on the number of features and developers that you hire, the cost to develop a mobile app like FaceApp would cost you anywhere around 40k-100k USD.

If you want the exact quote for FaceApp like application, contact Source Soft Solutions today. We have experienced and highly skilled developers who are well versed in developing complex apps.

Snapchat: It is a free app for iOS and Android devices. It became popular for its filters like cat ears and dog ears and gender swap. 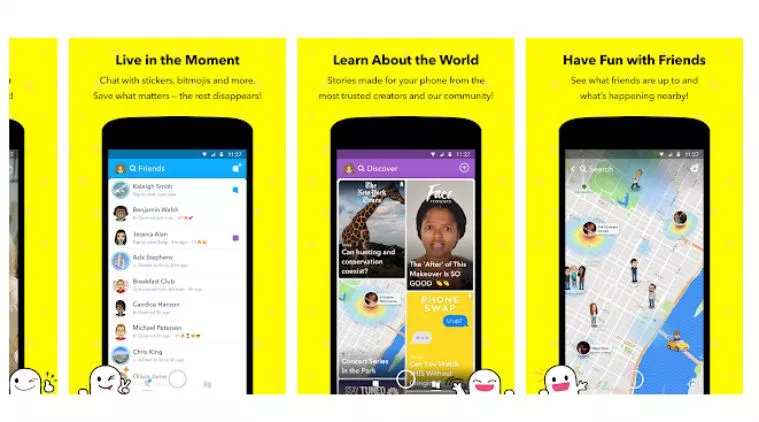 Facetune2: It has over 10 million downloads with 4.6 ratings on Apple App store. It is a retouching app that can enhance your facial features like eyes and nose shape, remove blemishes, and much more. 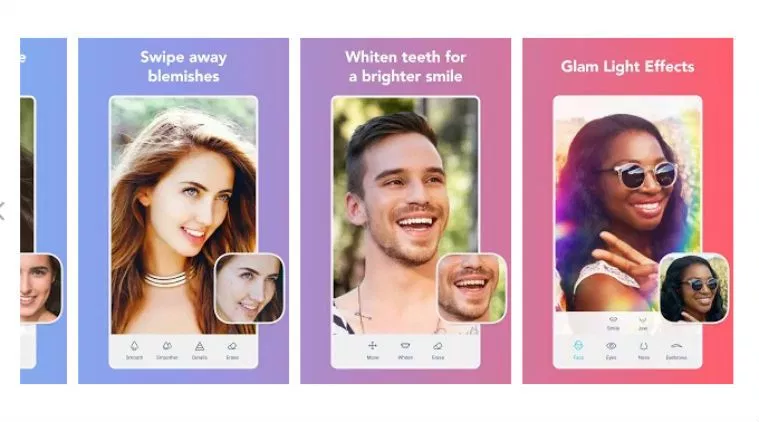 Reflect Face Swap: This is the first machine learning-based face swapping app. You can swap your photos with famous statues, paintings, cartoons, and video game characters.

Face Changer 2: With 50M+ users, this app is popular for its swap feature wherein you can swap faces between friends and with your favorite characters and use hundreds of funny accessories. 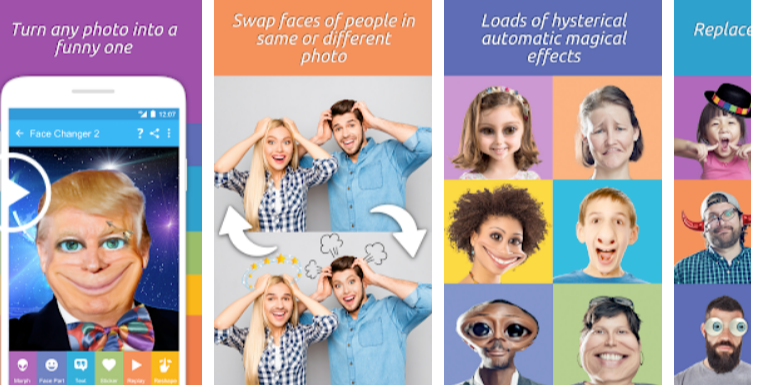 That’s all about the viral FaceApp. Its AI-based features make the app a popular app among users, so if you are planning to build an app like FaceApp, you have to consider what features would work for your audience. You must hire a reliable mobile application development company to develop iOS and Android apps along with the backend of FaceApp like app.

If you think this is a revolutionary app idea, contact us to learn how we can bring it to reality.

Get an exact quote for FaceApp like app development here.